A Giant Leap Backward in Civilization 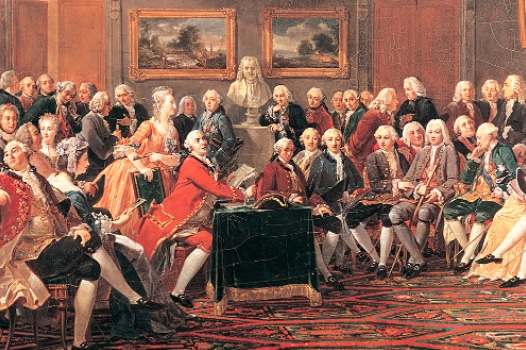 ”KILLING CIVILIANS IN THE NAME OF DEMOCRACY IS NOT DEMOCRACY; IT IS MURDER PLAIN AND SIMPLE.” – Michael Moore

Once the bastion of human rights and caring for the rights of themselves and others, the United States is now leading the west into a devolution of culture.

The West, leading by the United States, is protesting in numerable PR statements about asserting the rights of man and freedom of speech under the guise of freedom for everyone, yet is taking a giant leap backward in evolution to primitive man by suppressing free speech and the rights of those they object to or who expose their crimes.

Now they are fighting a war to ‘bring about peace.’ Overrunning other countries who profess independence and all the while desperately trying to hide their own guilty crimes or point the finger at those who expose them.

With their allies cosying up and copying the false cry for human rights and peace, the concept of live and let live seems foreign to them with billions poured into conflict and death in the name of peace.

For example, social media is now overrun by Central Intelligence Agents and FBI Agents who effectively run and control the censorship of those platforms. Facebook, the largest social platform is now a spokesperson for USA policy rather than a platform for free expression.

“It is an uncomfortable job for anyone trying to draw the line between “harmful content and protecting freedom of speech. It’s a balance,” Aaron says. In his official Facebook video, Aaron identifies himself as the manager of “the team that writes the rules for Facebook,” determining “what is acceptable and what is not.” Thus, he and his team effectively decide what content the platform’s 2.9 billion active users see and what they don’t see.” https://www.mintpressnews.com/meet-ex-cia-agents-deciding-facebook-content-policy/281307/

This team, and similarly others, are composed of ex-CIA and FBI agents who control the censorship and perception of the platform.  The same goes for most of the other platforms including Twitter, TikTok and many others. All are targets for some of the most corrupt organisations on the planet (And not just the USA). Agencies out to influence social media users include:

With human rights abuses now prevalent across the globe by countries professing to uphold human rights and a civilisation one can be proud, yet practicing the direct opposite.

If one looks through history, a number of factors spring to mind.  All oppressive cultures eventually end up dead in the history books. There are certain standards of moral behaviour and codes mankind needs to live by to be a success. This includes basic human rights, freedom of speech, honesty and integrity. Values to live by. EVERY time a culture has dispensed with these in favour of less honesty, less integrity and responsibility, more oppression and conflict, that culture has gone down the tubes.

This applies to every culture in history. ANYONE can look at history and establish this fact. The West, by which I mean, The USA, UK, Australia and Europe are gradually moving down the tone scale from altruism to obsessive self-absorbed interest. The same applies, of course, to Russia and China, where human rights are given even less regard.

Much attention is given to the great God, personal aggrandisement, and being obsessively ‘right’ in their own estimation regardless of the rights of others, The policy of all intelligence agencies is now, “The end justifies the means,” which removes the need for responsibility, integrity and humanitarian values, and replaces them with deception, secrecy and violence. This means that the agencies effectively run the planet. They are the first organisation the government turns to to find out what others are doing and, by their very natures, the agencies are paranoid and nail bitingly obsessive in their efforts to 1. Be needed, 2. Be impressive and 3. be effective, in that order.

Now agencies will willingly murder civilians of their own as well as other countries in order to maintain their position of ‘authority.’  Black sites, where civilians are kept and tortured are run by most intelligence agencies. Anyone that exposes their activities, legal and illegal, are usually murdered or at least ‘involved’ in some ‘accident.’

Exposing the activities of an agency is, of course, the cardinal sin.  Anything else is possibly forgivable but exposing an agency’s crimes? Oh no! The case of Julian Assange is a prime example. Having exposed where the USA has killed over 15,000 civilians in Afghanistan the USA Government cannot forgive the embarrassment they suffered when this information came to light and are like a tiger slavering at the mouth behind a wall trying to get to a gazelle on the other side. With their eyes, glazed with insanity, they are now fully obsessed with getting their hands on Assange with a view to extensively punishing him for the crime of communicating.

And they are not alone. The Australian government has its own ‘secrets,’ and is determined to suppress and hide those just as strenuously as the USA. They have a mutual agreement with the USA and possibly other nations to hide war crimes and dubious and nefarious activities committed in the ‘name of peace and freedom.’ In this case it is one David McBride whom they are determined to shut up and penalise for exposing their participation in murdering overseas civilians in a country they have nothing to do with.

A culture this aberrated will inevitably plummet down the scale to oblivion. And, despite inertia, the bigger the culture, the greater will be the fall.

The ‘leaders’ of these nations, for the most part, purport to represent their people, but in effect do not. They all, without exception, represent other interested parties, commercial, military or even other countries. (Australian leaders, for example, on both sides of politics represent primarily USA interests as evidenced by their actions or, in some cases inaction).  Even where you get separate political parties, their activities and interests are so allied to each other it is difficult to differentiate one from another when it comes to actions and results. Only the colour and the empty promises are different.

This despite the fact that taking responsibility for oneself and others is the actual route out of this morass in which the planet finds itself.

This planet is composed of competent and effective leaders.  Perhaps just a change in the motivation and the obsessive need to be ‘right’ is all it will take.