When Collateral Murder is Exposed 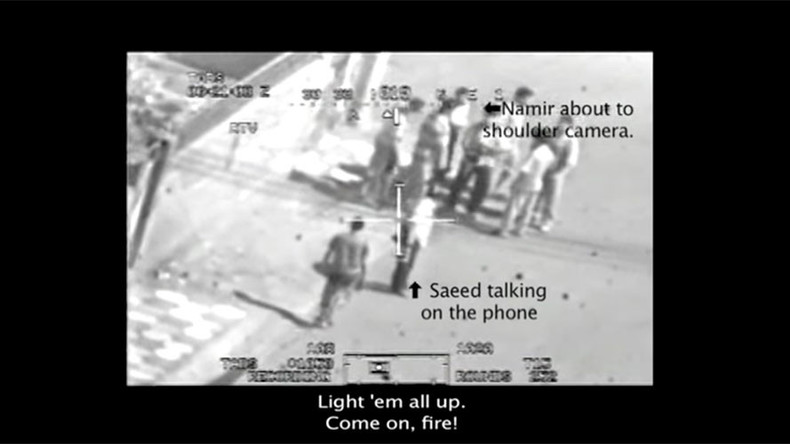 “The measure of a man’s real character is what he would do if he knew he never would be found out.”
Thomas Babington Macaulay

Exposing another’s crimes without their permission is something people never forgive. It is not a matter so much of the ‘rightness’ of the situation, more a case of the prestige and saving face. Responsibility does not even feature in this game. The principle of the ‘end justifying the means’ includes a lack of responsibility for ones actions. Else one would stop short of committing crimes and hiding them.

When Julian Assange exposed the Collateral Murder video he set in motion an unforgiving government who was still at the top of the tree you might say, with all the altitude and commanding presence of such a position and this threatened to totally change the world’s perception of them.

So the USA government set out on a blaze of revenge. Unable to prevent the video from being aired around the globe their only recourse was to try and put attention on those that exposed their crime and seek vengeance on them for their actions.

“It takes less time to do a thing right, than it does to explain why you did it wrong.”

This perfect example of vindictiveness, with Chelsea Manning being tortured and imprisoned for leaking their crime to WikiLeaks, then, after her release imprisoning her again for NOT testifying against Assange, they are now seeking to torture and imprison Julian Assange for exposing the leaked material. Indeed he is being held outside of the rule of law in a maximum security prison reserved for hardened criminals in the UK, on the whim of an aberrated judge, awaiting extradition to the USA. This is a vain attempt to focus attention on what Assange did rather than on what THEY DID.

Interestingly they are not seeking to punish the established medias who actually published the material despite they being publishers and the government stating they are not punishing journalists, only Assange as a publisher (contrary facts) We still know what they did.

However, all the punishment and torture in the world is not going to change the newly created perception of the USA government and the fact that they are willing to commit crimes against others in their quest for world dominance. Indeed, the more they protest the injustice of exposure of their criminal acts through demands for revenge, the bigger the hole they are digging.

The Video at Collateral Murder available for the entire world to watch, has been posted far and wide. Any attempt to remove it is going to fail. The world now knows what the US Government is ready and willing to do provided no one knows about it, in its willingness to maintain a tight control in the name of freedom.

Indeed, it does not stop with the USA. Other governments follow the same pattern of hiding crimes. The Australian Government who has much to answer for is a typical example. When the Afghan Files were released showing Australian forces in Afghanistan committing acts of atrocity, the Australian Government was determined to cover it up and raided journalists and even the Australian Broadcasting Company (ABC) to garner evidence of “crimes against the state” of those who revealed the crimes, rather than those who committed them. They are now prosecuting the whistle-blower for exposing their crime. Another example of wrong target.

Wikileaks lists over 172 whistle-blowers through the years from 1777 to 2017 in the western world. Many of which have been punished for their communication. A whistle-blower’s life is not an easy one. Exposing the crimes of an individual is not much of an issue, but the crimes of a government? Not so easy. Embarrass a person in public and they might stop talking to you. In the worst case scenario you might get a punch on the nose or a poke in the eye. Embarrass a government and they will seek revenge with all the might they can muster up to and including torture and death.

This insane logic is being exposed more and more on social media (mainstream media being a spokesperson for government and vested interests, are very quiet in this area) with persistent rallying calls for Assange to be freed and returned to Australia. Unfortunately unlikely as the Australian Government is:

1. In the pocket of the USA government and that to them is more important than the protection of their own citizens, and
2. Has a mutual agreement that their own crimes should be covered up rather than responsibility taken to stop or reduce such crimes committed on their behalf.

“A pure hand needs no glove to cover it.”
Nathaniel Hawthorne, The Scarlet Letter, 1850

In a desperate effort to counter the exposure of their crimes, the US government, through their mouthpiece, such as CNN for example, has additionally enacted a smear campaign to desperately try and convince the world that Assange is a criminal for exposing their crimes. Such irrational contrary facts reek of desperation and insanity. If they have to expend time and effort to smear it means they are losing. The fact remains, and will not be changed, that they kill innocent people and the video demonstrates that (Collateral Murder), and NOTHING they do is going to change that. Everyone now KNOWS what they do and with this smear campaign and blatant lack of responsibility (Have they EVER apologised to the families of those they killed?) they are simply digging a bigger hole for themselves. In all cases in past history such actions have resulted in the eventual demise of the group, nation or organisation as a leader and they eventually disappear in the dust of the past.

Idealistic as it sounds, now imagine what would happen if they suddenly turned around and took responsibility for their actions. A formal admission of guilt would be issued. An apology issued to the families of those murdered. The actual murderers would be sent to trial. Manning and Assange would be freed (The UK willing to do whatever the USA tells them to do). The Australian Government would likely welcome him home with open arms. The perception of the US government would change almost overnight. The campaigns against the US government would dissipate and they would have demonstrated they were worthy of continuing to be on top of the heap on this lonely planet. But it is never likely to happen. Illogically, asserting rightness even when wrong is more important than being responsible, despite the fact that the more responsibility one takes the better control one has.

“You do not wake up one morning a bad person. It happens by a thousand tiny surrenders of self-respect to self-interest.”
Robert Brault

But regrettably, Governments have moved away from serving those that elect them and more towards serving other interests, either vested interests or the interests of their own pocket and benefit. This demonstrates:

Politicians do not ‘run’ the country they are elected to govern. They ‘run’ their own game of, “I am the boss of you. You will do as I say without question.” Is it a wonder that the population are waking up and mass demonstrations are emerging around the globe? There is an old adage.

We have seen this in other cultures throughout history. It looks like history is about to repeat itself. USA be warned!